A Chronology by Norm Gruenzner 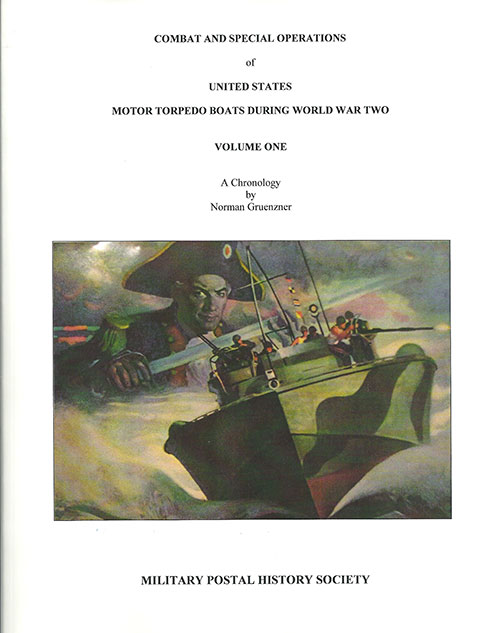 View a sample page from this book.

US PT boats served in World War Two in just about every theatre of war. They were in the Aleutian Islands, Alaska, off the coast of North Africa, Corsica, Sicily and Italy. They served in the English Channel and in South and Southwest Pacific. They were also off Panama, the upper East Coast of the United States and in the Gulf of Mexico. These wooden boats, 78 or 80 feet in length, attacked enemy ships of all sizes, ranging from cruisers to barges. US PT boat men accomplished many missions which included getting the Commanding General of US Forces Southwest and Pacific, General Douglas MacArthur, staff and family safely away from Bataan and Corregidor. They rescued cut off Marine and Army patrols and trapped civilians. They also saved from drowning hundreds of Japanese sailors and were even saluted by a Japanese Zero fighter pilot.

Three PT boat squadrons had been commissioned in the US Navy when World War Two engulfed the United States. They were spread from the United States to Hawaii and the Philippine Islands. Squadron One was at Pearl Harbor, as well as half of Squadron Three. The PTs received credit for downing the first Japanese planes as they attacked Pearl Harbor. The other half of Squadron Three was at the Cavite Naval Base near Manila, Luzon, Philippine Islands. Squadron Two was on the US east coast getting ready for deployment. Squadrons One and Three were the first to taste combat.

During the war, many PT boat sailors served the entire time fighting overseas. Survivors of sunken PTs, however, were sent home on leave if the sailor so desired. Keeping the fighting spirits high was simple and it was 'Mail Call.' Letters from home, essential for keeping their spirits strong and their will to continue fighting the enemies of their country, were passed out when the crews returned from patrol. Included are examples of such letters that they received from and sent to their mothers, fathers, wives or sweethearts.

The two volume set of books is 518 pages with 306 illustrations and photos. It is 8.5 by 11 inches perfect bound. The paper version of this book can ordered from APS Book Sales Page [You must manually locate the book in these web page listings. NOTE: the title on the APS web pages is given as "Combat and Special Operations of U.S. Motor Boats during World War Two"]